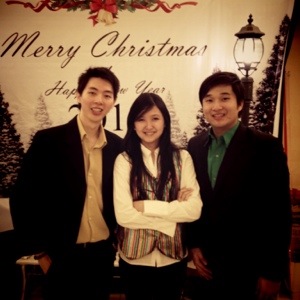 December 19th, 2012
That day I had to come to the ballroom located in Season City P4 at 11 AM. The decoration took me by surprise. It was not like what I had in mind. Then we had to make a little change of the drama. We only rehearsed once and the lighting was not so good in practice. So my partner would help the man in charge of the lighting while I was in charge of the media.

Started from 7 PM, the celebration finally began. The place was already filled with a thousand men willing to celebrate Christmas with us. It was beyond our expectation which was only 600 people.

And then after the praise and worship, preach, and choir; the drama began. A film made by me started to play followed by the drama of Joseph and Mary. I could hear laughs from the audiences when they watched the drama and the film. Some technical problem like the wireless mic happened but my friend said that it did not matter, it still very cool and she even got touched by that. another friend told me that the idea was very creative since I used the drama as the imagination of the kids in the film who thought about what Joseph and Mary went through before Jesus was born. Though I was very tired, all the joy in the room excited me. I was very satisfied by that

I will put the film and the drama here when I edited all of them. Last but not least, I am very grateful that I still have the chance, that God still trust me to put my talent in this Christmas. Everything from the Lord and everything goes back to Him. 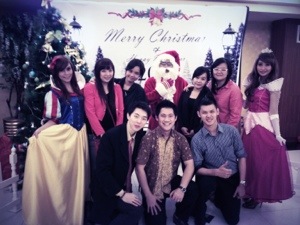 ♬ Dance Monkey - Tones And I